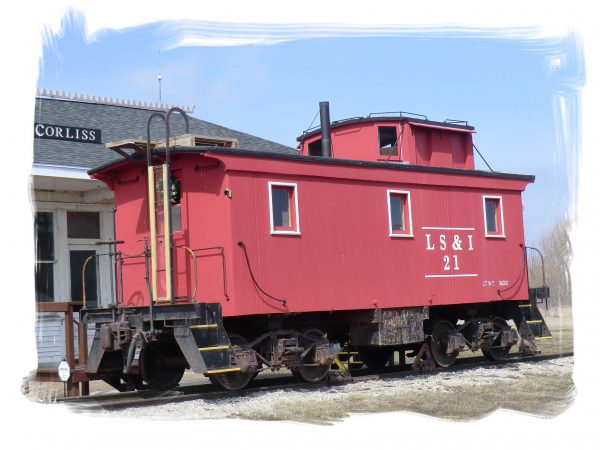 This caboose was obtained in the spring of 2011 from the Tresider family. We undertook a restoration and repainting that included removing large amounts of animal waste from the interior. The caboose had become home to raccoons over the years. The roof was repaired and sealed, window frames and glass were replaced.

The caboose was used on the iron mine railroads in northern Wisconsin, Minnesota and Michigan. It is representative of the cupola style of caboose used for generations on railroads all through the country. Railroad crews called this small car home as they traveled the rails. They would sleep and eat here.

The stove provided heat in the winter. Water was stored in a tank for drinking. The toilet was basically a hole with a seat on it. It evacuated right on the tracks below.

The tools on the walls were used on a regular basis by the train crew for track repair. 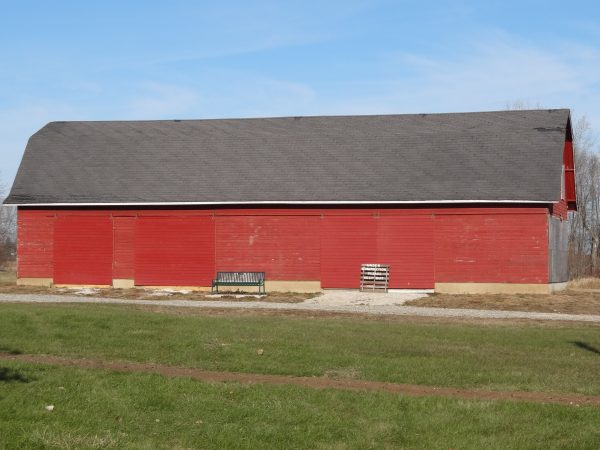 Because of its size, this 24’ by 70’ two-story machine shed is an anomaly among sheds built during this era. The machine shed was moved to the Caledonia Historical Village in 2015 and is now on a permanent foundation. The restoration process is underway.

A double-walled brick ice house which was used to keep milk and meat cool was also moved from the Botting farmstead. The ice house has two walls with a layer of air between them which insulated the blocks of ice used to keep perishable items cold.